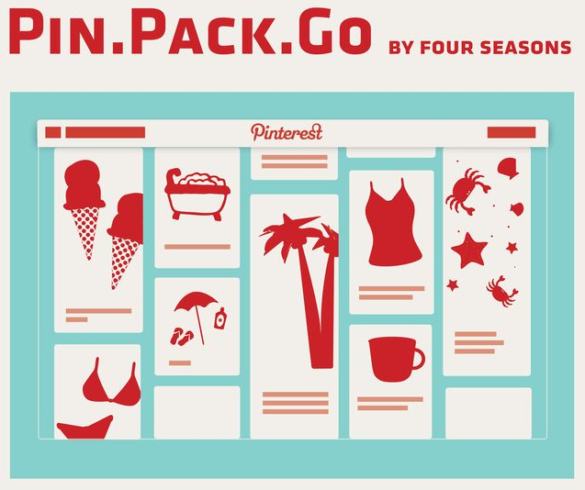 Ever since its creation back in 2010, Pinterest estimates there have been over 750 million pins in the ‘travel’ category, covering more than 1.5 million places and destinations all over the world. This makes it the second-most popular category of the social media platform that has been growing like crazy in the past two years, with an estimated 70 million users globally, skewing predominantly towards 25-39 years-old female.

I must admit, I was among the doubters, earlier in 2012, when Pinterest was mentioned left and right as the new social media darling to consider in a digital travel marketing strategy. I even wrote a piece wondering Pinterest for tourism, the next best thing since vanilla?

Well, lo and behold, Pinterest is very much alive and well a year and a half later after I wrote that post, and even considered as part of the big six platforms to consider for any travel brand, along with Facebook, Twitter, Linkedin, Google+ and Instagram. Why? In great part because the site emphasizes on the commodity of visuals, where pictures can tell a 1,000 words, and then some.

According to a recent study by Expedia Media Solutions, image searchers online are context seekers, and this is where a site like Pinterest delivers and has a competitive edge over other social media. 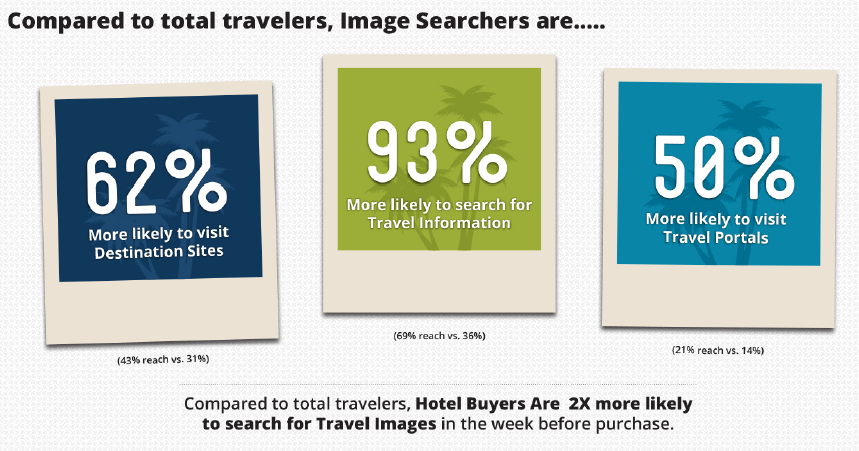 Thus, Pinterest remains the lone star in the social media universe, so monetizing its business model is certainly a priority. Perhaps this is why the company filed a suit against startup PinTrips last month, accusing it of trademark infringement, false designation of origin, unfair competition and trademark dilution.

Clearly, Pinterest is moving into the travel vertical as it is now lauching its new Place Pins concept, allowing for boards to integrate interactive maps, partnering with Foursquare, the popular location-based mobile application, to source its mapping data.

Does this mean Pinterest may eventually move further down the decision-making funnel and offer transactional functionalities?

“Our goal is to inspire people to do things offline, but this is a free product and we have no intentions of building a booking product,” said a Pinterest spokesperson to ABC News. She added that there were no plans for Place Pins to send updates to users on pinned destinations, such as price drops on hotel reservation packages or other notifications similar to its “Product” category. 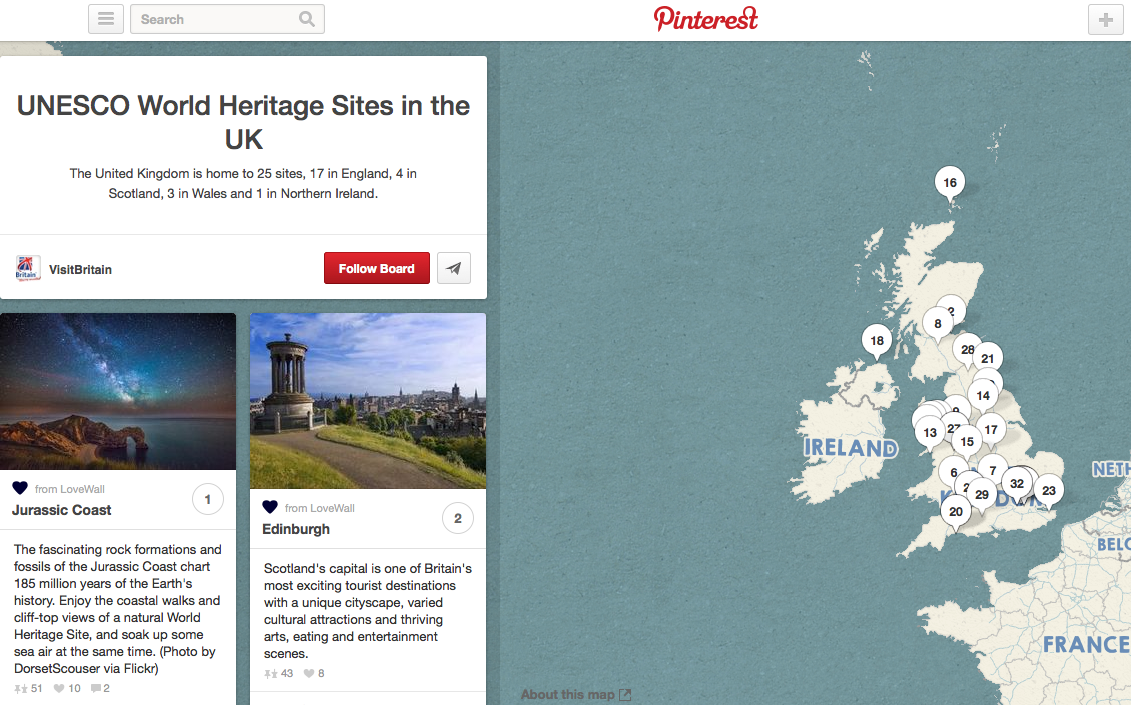 So now what, then, for travel brands? How is this ‘Place Pins’ launch changing the game? Some of the best names in travel were asked to create boards to inspire and give ideas with this concept.

You can follow the dedicated Pinterest feed by clicking here. Some of the boards already showcasing maps and ideas include:

Beyond the Foursquare partnership, Pinterest is said to be also working with more than a dozen other partners, including AirBnB, Urbanspoon, and Jetsetter, among others, to make sure that pinners can easily add accurate location data to a pin.

Additional partners and data sources should also be added shortly.

Hotels embracing its potential, too 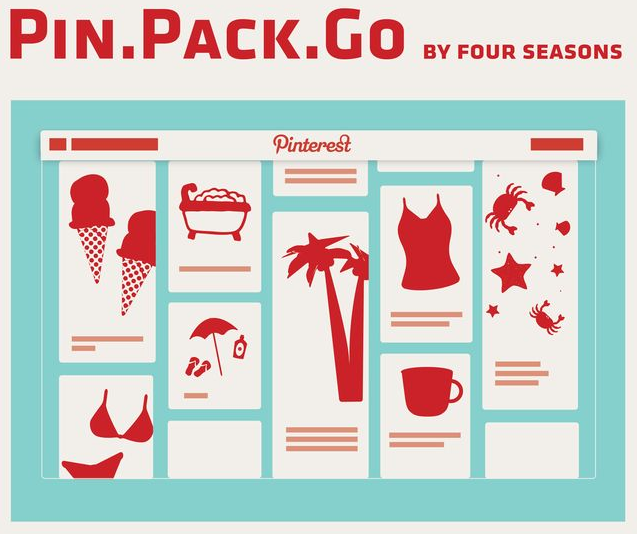 Going back to travel brands active on Pinterest, I love how Four Seasons Hotels created their Pin-Pack-Go campaign a while back, and smoothly integrated it within the new Place Pins launch. Pinners are now encouraged to:

Because it plays a key role at the aspirational and planning stages of the travel decision-making process, Pinterest should therefore be considered in priority by travel destination, transportation (airlines, rail, cruise) and hoteliers. But restaurants, festivals, events and attractions can all gain from the web traffic generated through compelling visuals, as can be seen by some of the examples above.

Pinterest has certainly gained a key role in the social media marketing world, in particular within the travel vertical. It will be interesting to see how Place Pins move the needle and where things lead in 2014. 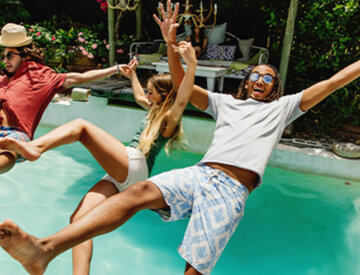