I am a believer in change, an advocate for evolution and progress. I don’t consider myself a tech geek, nor an early adopter of everything and anything, but I did appreciate my first Macbook when it came out in the early 90s, quickly embraced the internet, playing around with web-based technologies in the late 90s. So when social media rolled around, I did not think much about it, I just jumped in like many others: got my Facebook account in the early days (circa 2005), had a short-lived blog on blogger in 2006, opened up a Twitter account in January 2008. It was fun discovering these shiny new toys, but it wasn’t obvious to see the travel marketing side of it.

As VP, Marketing at Le Massif de Charlevoix, I was lucky enough to launch a new destination brand during the Fall of 2009 and make it vibrant online: new website, a Facebook page, a newsletter sent out regularly to a decent database. We had the classic tools to execute some quality relationship marketing, but we did not see the big picture yet. My epiphany came in March 2010, attending EyeforTravel’s Social Media Strategies for Travel conference in San Francisco, hearing about all these travel marketers using blogs and Twitter as part of an overarching strategy that went beyond one-way communications. More importantly, I was coming to the realization that we needed to build more than a brand’s online ecosystem, as we no longer controlled the brand: we merely controlled the tools. Storytelling had now replaced word-of-mouth, and consumers now controlled more than ever if, when, where and how to connect with brands.

The question now is: How long until everybody in the travel & hospitality industry gets it?

The folks at Think! Social Media came up with a great 5-levels theory of social media sophistication for a Destination Marketing Organization (DMO). According to their analysis, dating back to April 2012, no destination had reached level 5 yet, that is: letting go of the so-called “control over the brand”. Since then, however, came the much talked-about initiative by Visit Sweden, the very first destination to let go of control on a social platform, leaving it between the hands of whom it considers its best ambassadors: Swedish citizens. Every week, a different Swede is chosen to look after the @sweden twitter handle, to talk about things to do and see, and basically talk about what everyday life is about in Sweden.

The initiative took a controversial twist when one of the chosen citizen started tweeting odd remarks, bordering on racist and sexist content. Yet, Visit Sweden never budged, and one week later, it was onto another person to manage the account, as planned. After more than 10 months, the experience is certainly going strong, with over 68,000 followers and lots of buzz generated by the campaign.

The very first destination to follow suit on the initiative was the state of Vermont who went ahead with its own version of handing over the keys of a twitter account @ThisIsVt to local Vermonters earlier this month. True to the social media spirit, there are no strict rules in place, and few topics are off limits, according to a recent article in Forbes magazine. In fact, there seems to be only one rule in place:

“Please don’t Tweet something that you wouldn’t feel comfortable telling your neighbor’s twelve year old child or your Great-Grandma.”

Simple enough. In order to manage the account during a week, potential candidates enter a contest where others vote for those who will get the gig, along with some due diligence in order to have proper representation from different demographics, areas of Vermont and travel interests.

One last example comes for the Canadian Tourism Commission (CTC) which recently announced they were basically asking all Canadians – all 35 million of them! – to send in their best pictures and videos about their hometown or most recent trip to a nearby city, region or province. The goal? Provide the CTC with exceptional content to play with, both in terms of visuals and video footage, for upcoming tourism campaigns. Considering the marketing budget was recently cut by 20%, it’s perhaps an effective measure to get quality material without having to go the traditional way… all the while getting locals involved, building hype and creating a buzz for the destination.

This remains, however, a more classic crowd-sourcing approach, rather than a bold move giving away the twitter handle of Youtube account to a different citizen every other week… Nevertheless, it’s yet another sign that destinations ought to embrace its local communities as powerful brand advocates.

A hotly debated topic nowadays in the travel industry is how the DMO model is required to evolve, considering how brands live online and how social media & mobile platforms permeate our everyday life. In fact, Troy Thompson, from the consulting firm Travel2dot0, recently published a thoughtful post on the matter, aptly titled 3 reasons why the DMO will not survive. His reasoning lies on three key elements:

As Bob Dylan used to sing, Times, they are a changing… So in fact, it’s not that the DMO will not survive. It just can’t survive if it clings on to an old-fashioned way of doing business. How we adapt will say a lot about where we go next, and how thriving we want to be as an industry. To what extent are we ready to let go of our travel brands? 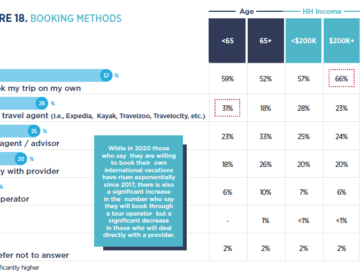