Facebook created quite a stir a couple of weeks ago when Mark Zuckerberg alluded to the possibility of making the popular social media site available to kids younger than 13 years old, the (theoretical) existing minimum age to open an account.

In fact, it’s estimated that over 7.5 million children under 13 years old lied about their age in order to be able to sign up and create a Facebook account. Surprising? Not really, specially when reading the latest report from Ipsos on Kids and Social Media.

The study took a look at how kids and parents adopt and adapt to new media and technologies, and it’s not surprising to see how fast kids are catching on to internet-enabled devices – not surprising, that is, if you are like me and have kids in that age range! If you don’t, brace yourself: the results are pretty startling! 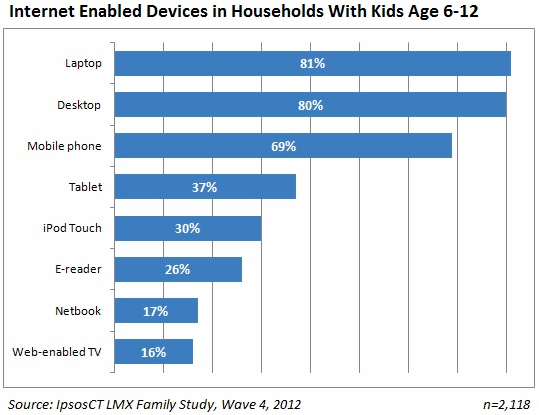 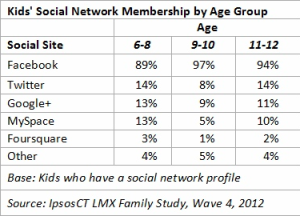 Facebook clearly comes out on top of social media favorites, with Twitter a distant second, followed by Google+, MySpace and Foursquare. Another interesting finding was the fact that 1 out every 5 kid owning a mobile device (phone or tablet) has a social media application on these devices.

In fact, another recent report, this one from Pew Internet, showed that teenagers are actually slowly moving away from Facebook onto Twitter where they can actually network without the direct scrutiny of Mom, Dad or some distant uncle. It’s even said that without social media, 18% of teenagers would stop communicating with each other altogether! But kids and teenagers don’t share same behaviors, so let’s get back to our Ipsos study.

So what do kids go on social networks? Well, while it’s obviously not the same as what adults will do, it’s not that different either. Here are the most popular activities, according to the survey:

Just like adults, though, there seems to be such as thing as ‘social media addiction’: 73% of kids with a social network presence visit their account daily, while close to 40% do this more than twice per day. Sounds familiar?

WHAT ROLE FOR PARENTS?

As one would expect, parents must play a key role in making sure kids learn how to properly navigate the realm of social media activities. Eight out of ten parents whose kid has a social media account actually follow their kids’ activities by becoming their “friend” on Facebook or “following” them on Twitter. Parents not only monitor social media engagement but also control privacy settings.

I guess this is the most delicate aspect of this survey, and the one that raises the bigger questions. More than half of parents surveyed agree that the social networking sites’ level of access to user information makes them potentially dangerous, yet here they are allowing access.

The important thing, I believe, is that parents do this with the clear intent of keeping a close eye, to monitor while coaching kids on potential issues and risks. There are few people left out there doubting the powerful impact of social networks on today’s communications. We simply have to embrace this paradigm shift while it’s happening, and lead by example rather than duck our heads under the sand. 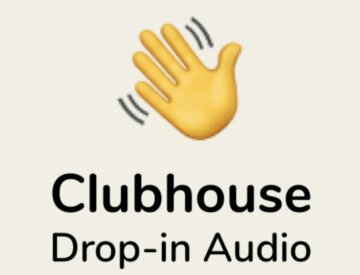