The folks at CultureLabel.com recently put out this fabulous infographic that shows how quickly mobile has become a mainstay of our everyday reality. In fact, it represents a potential paradigm shift for consumers and businesses alike, both in our personal and professional lives. 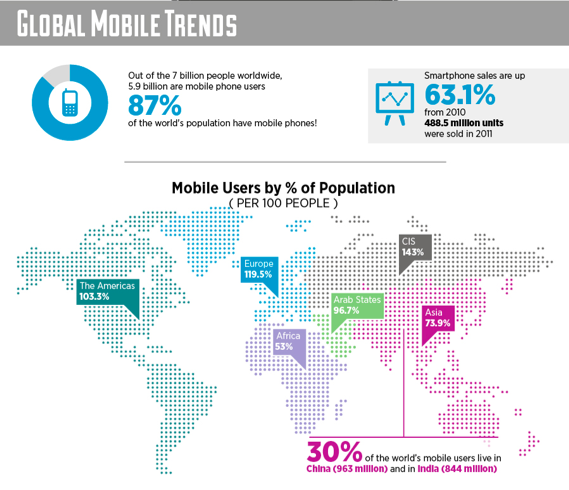 Of course, 87% of the planet’s population does not really possess a mobile phone, since we know many people who own two or more devices, some for personal reasons or for various businesses, not to mention companies who carry fleets of devices to be shared in various occasions.

Nevertheless, few industries can boast similar double-digit growth and expect the same in 2012! In fact, experts say by end 2012 there will be more mobile phones in circulation than people on this planet… 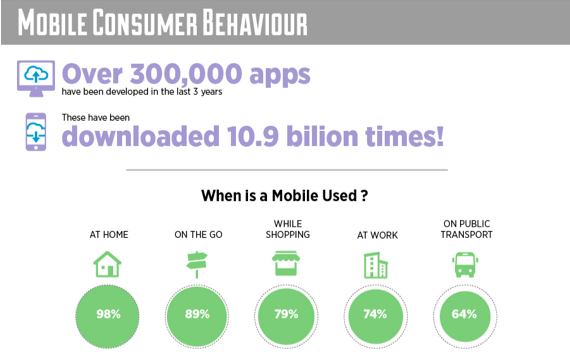 With the increasing use of mobile comes the inevitable increase in applications development. Only the chosen few make it into the limelight but, as we recently saw with the recent acquisition of Instagram by Facebook, there are tremendous opportunities to reach and help people at home, on the go, at work or while shopping.

Interestingly enough, mobile phone are not used all that much for calling people anymore. With the advent of smartphones and their variety of applications, folks check their emails, chat via SMS or will engage on social media through web apps such as Facebook, Twitter, Hootsuite, and a variety of utilities. 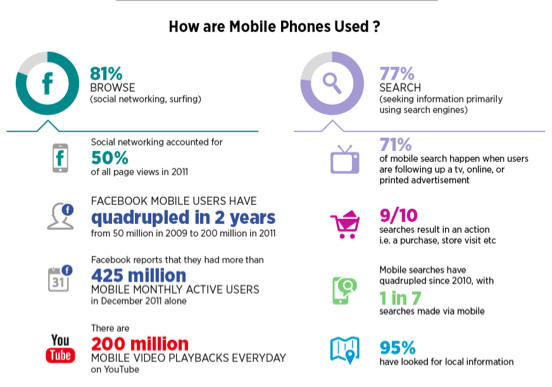 Browsing and searching, in a nutshell, are the two predominant activities on mobile. Facebook is clearly the 800-lbs gorilla in this sphere, with over 50% of its user base logging in monthly via mobile.

However, those four stats on the right hand side are certainly telling of how communication habits have changed recently. We tweet and search while we watch TV or to complement reading newspapers and print. 90% of searches end up in taking action, which is something marketers everywhere should take notice of.

Mobile search on the rise

While this infographic states 1 in 7 searches made online was done via mobile, Google recently mentioned it’s more like 1 on 5 when it relates to travel search, which ought to impact how travel marketers spend their search engine marketing efforts and dollars. 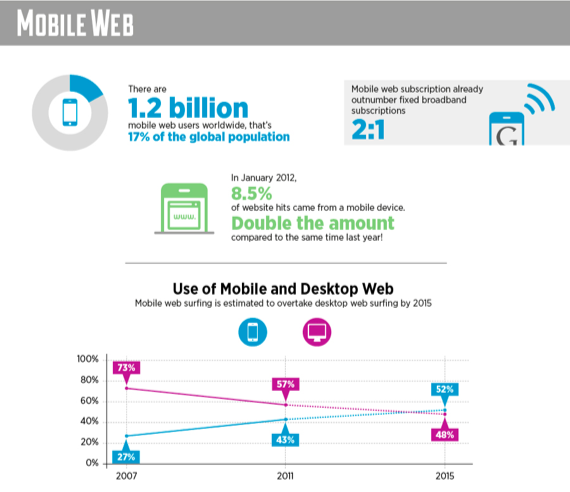 In Japan, since 2005 more consumers already access internet via mobile than via desktop. While North America is lagging, it is estimated this threshold will be reached by 2013 in the USA, and by 2014 in Canada. 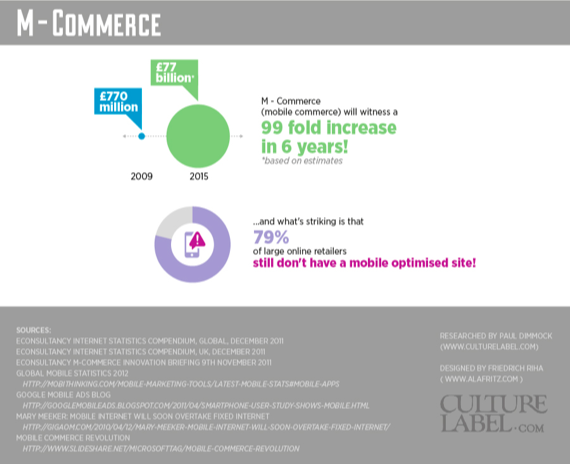 As for Mobile commerce, well, this is clearly the next Klondike where retailers and businesses still have lots of room to grow in. According to a recent survey conducted late 2011, 79% of Fortune 500 companies do not yet have a mobile optimized site, meaning anyone searching or browsing through their mobile device would end up on a site not adapted for smartphones or tablets, creating a frustrating shopping experience, not to mention potentially sending this consumers elsewhere.

Based on a recent study by comScore in February 2012, 1 in 5 smartphone owner made a hotel or air ticket booking on their mobile during the three-month period preceding the survey. Some skeptics will say: sure, but not everybody owns a smartphone!

A force soon to be reckoned with

Indeed, but smartphones presently represent 42% of the US mobile industry, poised to surpass the 50% threshold by end of 2013, since more than 1 in 2 of every new phone purchased right now is a smartphone. The percentage of smartphone ownership is already at 44% in Canada and in Europe’s five primary markets, showing a similar growth and trend towards smartphone domination.

Thus, the travel industry needs to take notice of mobile commerce and its tremendous potential right now or risk losing credibility with savvy consumers who have come to expect this at a quicker pace than many marketers can adapt…