The whole world is abuzz today as Apple is set to unveil its new iPhone 8 and its slew of new functionalities. Yet, today also marks the 10th anniversary of the launch of the iPhone, back in 2007 when Steve Jobs was at the helm of the Cupertino brand.

The iPhone, just like its brother the iPod, was not the first in its category. Other smartphones existed, just like there were other portable music playing devices.

But it certainly paved the way for the revolution we have experienced in the past decade, leading to staggering adoption rates worldwide, and new consumer behaviors in tow.

The folks at Travelport Digital created this simple but effective infographic that summarizes some of the key impacts from 10 years of iPhone in the travel sphere. Here are some of highlights:

How has iPhone impacted the way you travel? 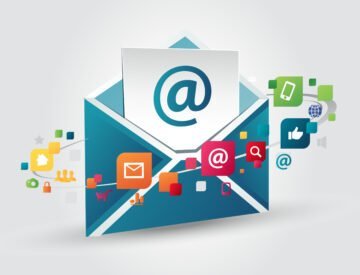 « Frederic spoke at our RSAA Summit in Feb. 2013 and did an excellent job. His presentation was outstanding and our members learned a lot from him. I recommend him highly. »
Matt Grayson
Executive Director, Receptive Services Association of America
RSA of America
« Frederic was an excellent speaker and was able to provide our delegates with useful information about how to manage TripAdvisor and working with OTAs. »
Kieu MacLellan
Industry Partnerships & Marketing, Nova Scotia Tourism Association
« Rarely have I worked with someone with such an unwavering work ethic. Frederic is curious and always looking for newer, better ways of doing things. It would be hard to find someone with more passion for the travel & tourism industry. Frederic has seen if from pretty much every angle. »
Jean-Sebastien Monty
President & Partner
U92
« Frederic was the Co-Chair of EyeforTravel’s Online Marketing Strategies for Travel Summit in Miami. His knowledge and passion for the travel industry made him an obvious choice. After going the extra mile to deliver a breakout session of his own, Frederic more than exceeded our expectations. »
Brian Smith
Global Events Director
Eye for travel
« Frederic is a very result oriented individual. His drive to succeed sets him apart. He will always go the extra mile and his proactive approach gives him the edge everyone is looking for. Frederic is always well informed on current events and sees the impacts on the business, which are afterwards translated into a detailed actionable plan. »
Marc-Andre Nobert
Business Manager
Fido