The travel marketing industry has undergone severe disruptions in the past decade with the ever-changing face of online distribution, where sites like Expedia, Orbitz or Priceline now play pivotal roles in the travel purchase decision model.

In this context, social media gains influence before, during and after the travel experience, whether it’s done through posting pictures on Facebook while at the resort, or commenting and sharing hotel reviews via Tripadvisor after the trip. 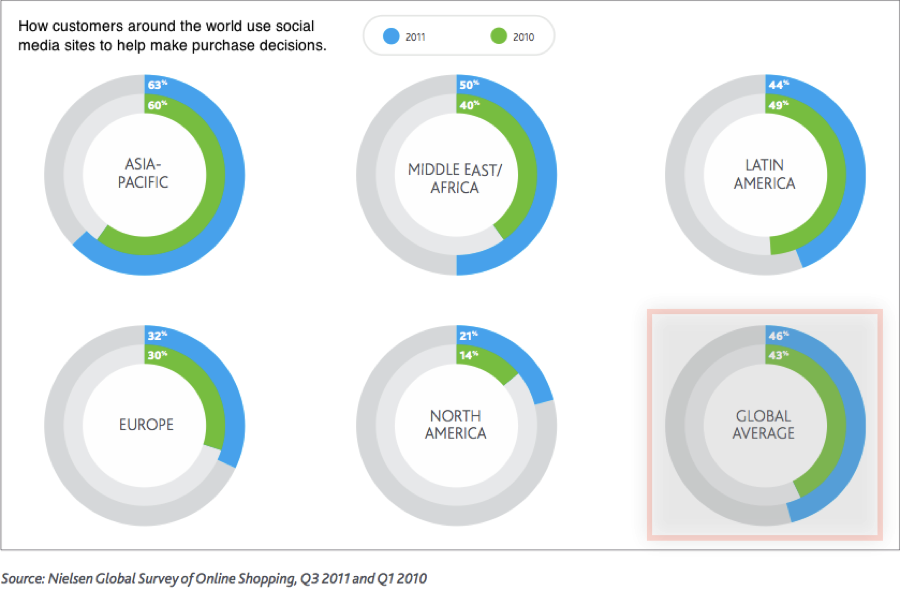 In 2013, travel brands are facing the next paradigm shift, which has been brewing over the past two to three years: the mobile revolution. 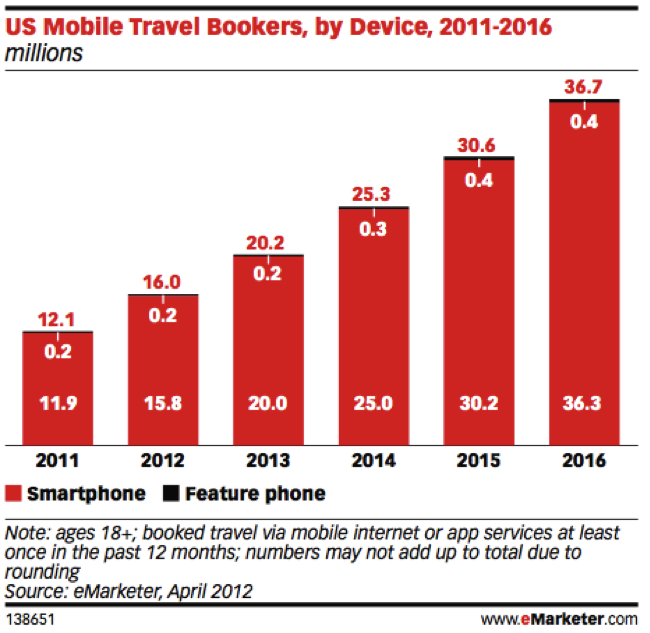 According to a recent report from emarketer, total spending on online travel is expected to reach over $120 billion by the end of 2012 and should reach close to $129 billion by end of 2013, a yearly growth of 8%.

Compared to overall online retail sales, online growth for travel is slow, mostly due to a certain level of maturity in the market. The US mobile travel market, however, is a different story. In 2012, it is estimated that 16 million Americans will have booked travel via a mobile device. By 2016, this number is expected to more than double to 36.7 million!

During this same time period, significantly more mobile users will not only purchase travel on their phones or tablets but also research their next destination, hotel or event through their device. People use their devices at hand to dream of their next trip. This is where opportunities abound for travel marketers around the world in order to reach potential customer upstream, while they are still in aspirational research mode.

In a study conducted this past November by Expedia MediaSolutions and ComScore, 2 in 3 mobile device owning travelers admitted to travel dreaming at least once a month or more! 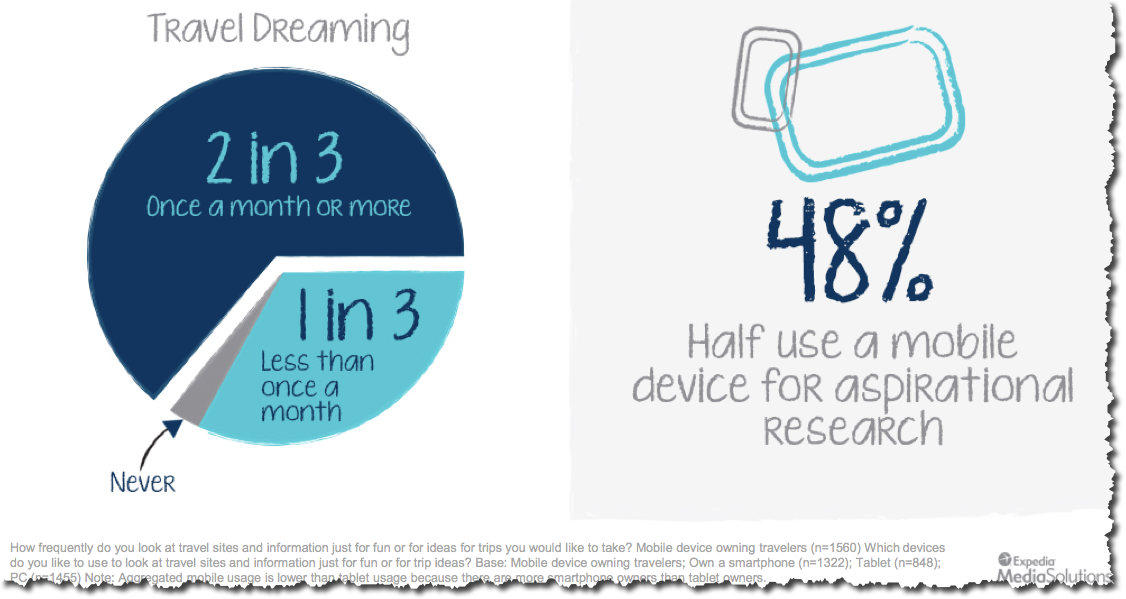 FROM SOLOMO TO MOBILE-ONLY

One of the biggest etourism trends of 2012 was the rise of solomo, the convergence of social, local and mobile. Social and mobile are a natural fit: simply consider that 58% of all Facebook users access their account through a mobile device.

In fact, social media represents the second most popular activity on mobile devices, after internet access, according to a survey conducted by O2 in the United Kingdom during the summer of 2012. Mobile users spend on average more than 17 minutes per day browsing and interacting through their various social accounts. What about local?

Geo-localization applications like Foursquare have been fighting hard to make their way and gain massive adoption, with limited success so far. At first a gaming application, where users could earn badges after so many check-ins at a given location, Foursquare has morphed into a full-fledged application to discover things to do, eat or see once in a given destination.

Thus, mobile becomes a way to find new restaurants, according to peer reviews and comments left by friends from your network. OpenTable or Yelp are similar applications, and then there is Google also playing in this sphere, especially since it acquired the online travel agency ITA, restaurant reviews from Zagat and travel publisher Frommers.

There are some, however, who believe mobile is much more than a channel and that it therefore deserves a core focus in the overall travel marketing strategy. Already, Google estimates that 25% of all travel-related searches are conducted via a mobile device, a figure that reaches 33% of searches specifically for accommodations.

And looking at this chart taken from a Google study conducted in August 2012, the percentage is even higher when observing behaviors among leisure and business travelers. So it won’t be a stretch before we see things evolving from a “mobile-first” mentality to a “mobile-only” approach in the near future. 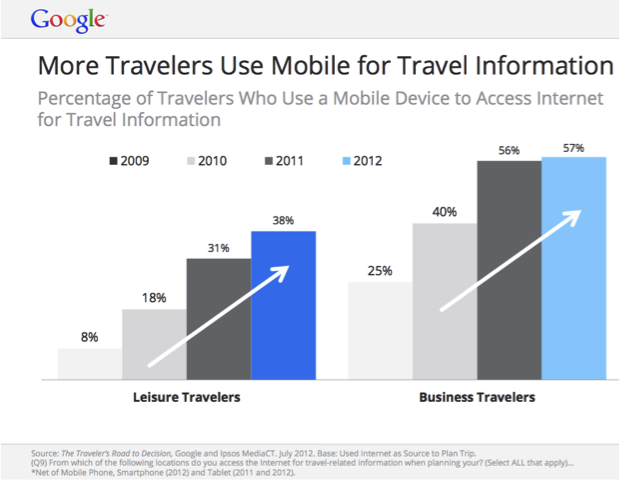 REAL-TIME & LAST-MINUTE ARE THE NEXT BATTLEFIELD

Whether it is for holiday packages, airfares or hotel and accommodations, more and more searches are now made last minute, which equates in most cases to mobile devices. Major online travel agencies have all developed sophisticated applications and mobile-friendly sites in order to capture this new reality, where estimates vary between 10-30% of all online bookings.

New players are entering the field, such as HotelTonight, a mobile application offering last-minute hotel deals providing up to 70% discounts for same-day reservations. Hotels dump their unused inventory, while mobile travelers take advantage of last-minute deals, a win-win situation, right? Not everyone agrees, as some hotel industry experts believe mobile channel should never be discounted, in particular when bookings are last-minute. The law of offer & demand will prevail, in the end…

« Frederic is a very result oriented individual. His drive to succeed sets him apart. He will always go the extra mile and his proactive approach gives him the edge everyone is looking for. Frederic is always well informed on current events and sees the impacts on the business, which are afterwards translated into a detailed actionable plan. »
Marc-Andre Nobert
Business Manager
Fido
« Rarely have I worked with someone with such an unwavering work ethic. Frederic is curious and always looking for newer, better ways of doing things. It would be hard to find someone with more passion for the travel & tourism industry. Frederic has seen if from pretty much every angle. »
Jean-Sebastien Monty
President & Partner
U92
« Frederic was an excellent speaker and was able to provide our delegates with useful information about how to manage TripAdvisor and working with OTAs. »
Kieu MacLellan
Industry Partnerships & Marketing, Nova Scotia Tourism Association
« Frederic was the Co-Chair of EyeforTravel’s Online Marketing Strategies for Travel Summit in Miami. His knowledge and passion for the travel industry made him an obvious choice. After going the extra mile to deliver a breakout session of his own, Frederic more than exceeded our expectations. »
Brian Smith
Global Events Director
Eye for travel
« Frederic spoke at our RSAA Summit in Feb. 2013 and did an excellent job. His presentation was outstanding and our members learned a lot from him. I recommend him highly. »
Matt Grayson
Executive Director, Receptive Services Association of America
RSA of America