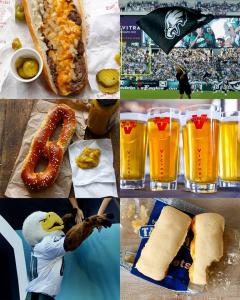 Earlier this year, in January and February, the Philadeplhia Eagles entered the NFL playoff season and accomplished what every American Football team can only dream of: making it to Super Bowl and winning the ultimate, most important game of the season.

What the folks at Visit Philadelphia noticed, however, was that every post related to the Eagles that was shared on Facebook, Twitter and Instagram was getting above-average engagement rates, thanks in large part to fans eager to share Philly posts with their networks around the world.

So the question arose: was there an opportunity here to activate homesick Philadelphians across the country and encourage them to share Visit Philly’s messages to lift the image and perception of its great city? Could this be used as a travel marketing idea ?

Philly Heaven in a Box

Visit Philly’s social team coordinated a large-scale surprise and delight stunt leading up to the Super Bowl to leverage the outpouring of emotion from homesick fans yearning for a connection to the city. To achieve maximum impact, the stunt would have to be completed in under a week!

The posts generated more than 650 comments and tapped into the feelings of nostalgia people have for Philadelphia. The outpouring of emotion was unlike anything an organic Facebook post had produced in the past for this DMO page!

The social team spent the following weekend pouring over hundreds of heartfelt responses and selected 20 individuals to surprise, the farthest away being in Alaska.

Through direct messages, Visit Philadelphia obtained the addresses of these lucky recipients and curated boxes of local favorites to overnight to them, including cheesesteaks, iced teas from Wawa, Tastykakes and Eagles gear. In return, fans were asked to record their unboxing moments on their phones and send the footage back to Visit Philly’s social team.

Over the course of two days, recipient footage rolled in, and the boxes had clearly made a huge impact on homesick families.

While the @eagles train for the big game, Philadelphians are planning their parties. If you’ve moved away and are missing home during all the #flyeaglesfly excitement, tweet us and let us know what you need for the ultimate Philly-style watch party. pic.twitter.com/tg6ChloZfS

Of course, this story ends well as we now know, since the Eagles not only made it to Super Bowl but actually won the game. But that was besides the point (from a marketing standpoint, of course).

From a destination marketing organization point of view, the results were well worth the while.

An in-house video was crafted from the footage sent by the fans, and the view counts and organic results from Visit Philadelphia’s accounts simply skyrocketed!

Here are a few other interesting metrics resulting from this stunt:

Now, I don’t know about you, but that was certainly well worth the investment! I am betting the folks at Visit Philadelphia (and a few other cities as well) are wishing for yet another sport team to perform as well and create other similar opportunities!

NOTE: This campaign received the ETSY 2018 Award (Etourism Summit Excellent Award) in San Francisco, last month. Congratulations to the social team at Visit Philly for their quick turnaround and seizing the opportunity! 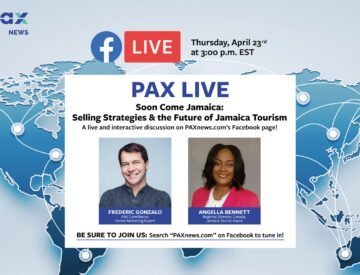 The Evolution of Social Media Usage in Destination Marketing

Choosing The Right Slogan For Your Destination

Is a tagline really that important when it comes to defining a travel destination? Check out this world map to compare and judge by yourself!