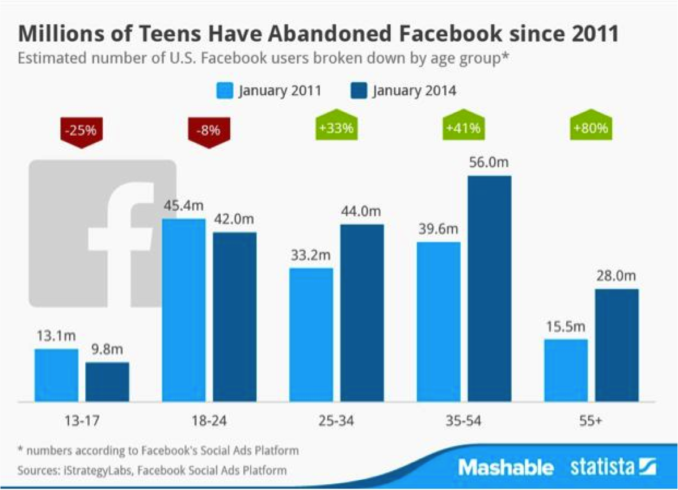 In their travel decision-making process, customers nowadays rely more than ever on peer review sites such as Yelp and TripAdvisor. While we still highly value friends and family’s opinions at the inspirational stage, the internet is where we go first and foremost once we enter the planning stage.

A recent study by Google and Ipsos MediaCT confirms this trend, as shown below:

Among available resources on the web, review sites tend to be the most influential. In its annual TripBarometer study, conducted in March 2013, more than 35,000 TripAdvisor users worldwide answered in what some consider the world’s largest accommodation and travel survey.

Many interesting findings, including the following chart, confirm the role of review sites at the planning stage:

If travel review sites are so influential, one would think that most hoteliers, restaurant managers and attraction owners manage their presence here. This, in order to highlight their best pictures, answer customer feedback and perhaps push some promotions, right? Well, not really.

In fact, only between 30% and 40% of businesses listed on TripAdvisor actually manage their presence! Perhaps some will say they are too busy or they already have their hands full with Facebook, Twitter and Instagram, for example. That would be a misguided answer. Consider these stats:

Thus, ranking highly in your category versus your competitors can impact positively on sales, not to mention brand awareness and perception.

It is therefore imperative to understand how the ranking algorithm works on TripAdvisor, in order to make the most of it for your travel marketing objectives. Notice I did not say “game the system”, since I’m a firm believer that truth always comes out…

While there are many variables that enter in its complex algorithm, and TripAdvisor won’t give away its secret sauce, what is known is that there are three main components that contribute to your ranking in its system: quantity of comments, quality of comments, and recency.

Let’s take a look at each variable individually.

According to another study conducted by TripAdvisor, 53% of its users said they would not book a property that has no reviews. In 2014, it’s expected that at least some people have reviewed your establishment or else we’ll start to wonder what’s wrong here.

Unless you opened yesterday, there should be reviews available about the experience at your hotel, restaurant, attraction, spa or boutique. The more reviews available, the better, specially if there are a variety as per TripAdvisor categories: families, couples, solo, and business.

Tip: Many hotels and restaurants still conduct internal surveys for customer satisfaction, with limited results. Some use emails, other will have age-old paper surveys by the bedside or on the backside of the receipt.

Brands such as boutique hotels Germain, in Canada, have stopped using in-house surveys since 2009. Guests are encouraged to share their experience on TripAdvisor, either in the lobby, at check-in time, in elevators and in rooms as well.

If you do send out an email to customers a few days after their stay, why not send them directly to TripAdvisor to share their experience? Streamline efforts toward a single point for customer feedback, or else dilution may deter the amount of comments you’ll receive.

If a direct competitor receives 50 reviews in a given month, and your property also gets 50 reviews in the same time frame, why is it that you notice their ranking went up, while yours has gone down or stayed the same? Not all reviews are built equal, of course.

Take a look at this other example:

Notice that this second hotel has slightly more reviews than the first one featured above (3,691 vs. 3,090). 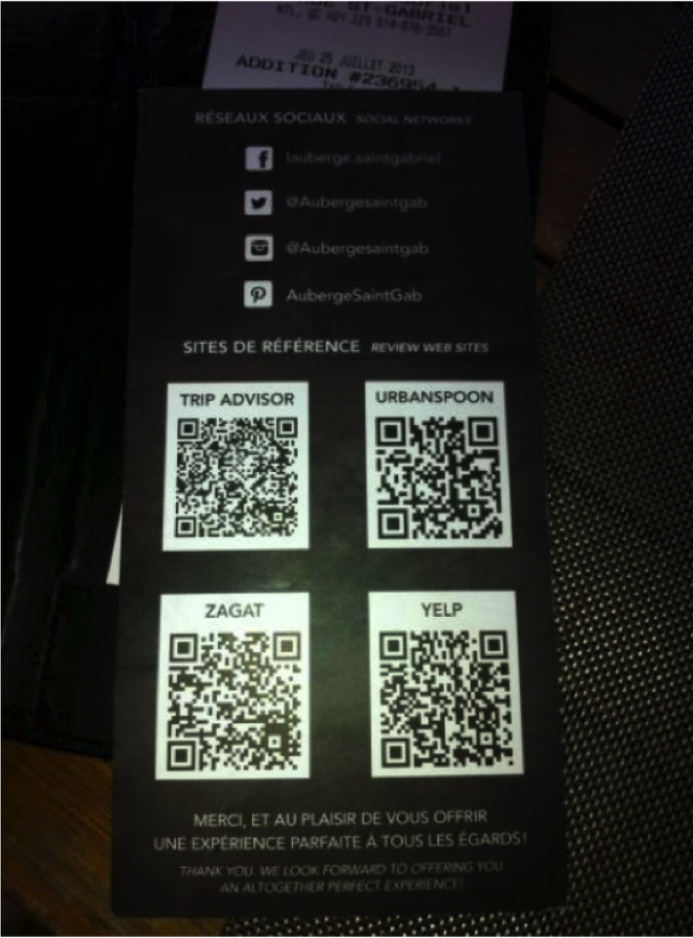 Tip: Getting customers to review is one thing, but selecting between happy and unhappy ones is much trickier. The point here is not to prevent unhappy customers to vent out their frustrations. They will most likely do so anyways.

Rather, it’s making sure you get all those satisfied and delighted customers to share their experience online as well, to balance and counter negatives. One great way to do so is to make the process easy, like this restaurant does at time of payment.

Inserting a leaflet with social media accounts to follow the brand, as well as QR codes pointing to leading review sites. Brillant! A savvy maitre d’ can be selective in handing out said leaflets, sorting out delighted customers from unhappy ones…

Last but not least is the time decay factor. Would you trust a two-year old comment made about a restaurant, knowing management has changed in the meantime, or that perhaps there is a new chef in the kitchen? Or perhaps your brother-in-law raves about this hotel you are considering for your next trip to Cancun, because he’s been six times in the past decade.

Yet you find out on TripAdvisor from recent reviews that the place just started major renovations and is found to be very noisy because of construction work. These are just two examples that highlight what is considered the most important variables of all three: recency of comments.

There are many property managers that wish some comments would go away, but truth be told, you can contribute to these comments having less weight and visibility by ensuring more recent ones, simply by soliciting customer feedback, as per the two examples seen above.

Tip: If you don’t have an email strategy in place, this is an extra argument in its favor. Sending out an automated email 24 to 48 hours after a guest departure, inviting feedback directly on TripAdvisor, is a great way to generate quantity and recency.

Others insert a mention directly on the hotel invoice, while I’ve seen travel brands sharing recent comments from TripAdvisor on their Facebook page. This reminds others, who may have recently stayed at the hotel that they ought to share their own story as well.

If you manage an account on TripAdvisor, or have seen a best practice, I would love to hear your tips. Let me know in the comment section below.

« Frederic was the Co-Chair of EyeforTravel’s Online Marketing Strategies for Travel Summit in Miami. His knowledge and passion for the travel industry made him an obvious choice. After going the extra mile to deliver a breakout session of his own, Frederic more than exceeded our expectations. »
Brian Smith
Global Events Director
Eye for travel
« Frederic was an excellent speaker and was able to provide our delegates with useful information about how to manage TripAdvisor and working with OTAs. »
Kieu MacLellan
Industry Partnerships & Marketing, Nova Scotia Tourism Association
« Frederic is a very result oriented individual. His drive to succeed sets him apart. He will always go the extra mile and his proactive approach gives him the edge everyone is looking for. Frederic is always well informed on current events and sees the impacts on the business, which are afterwards translated into a detailed actionable plan. »
Marc-Andre Nobert
Business Manager
Fido
« Rarely have I worked with someone with such an unwavering work ethic. Frederic is curious and always looking for newer, better ways of doing things. It would be hard to find someone with more passion for the travel & tourism industry. Frederic has seen if from pretty much every angle. »
Jean-Sebastien Monty
President & Partner
U92
« Frederic spoke at our RSAA Summit in Feb. 2013 and did an excellent job. His presentation was outstanding and our members learned a lot from him. I recommend him highly. »
Matt Grayson
Executive Director, Receptive Services Association of America
RSA of America