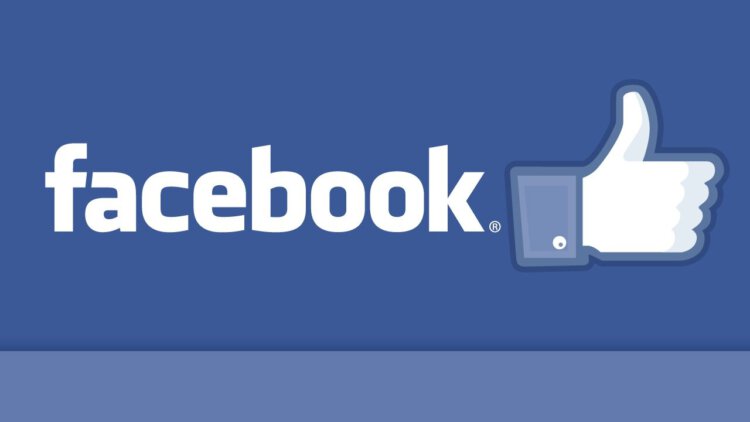 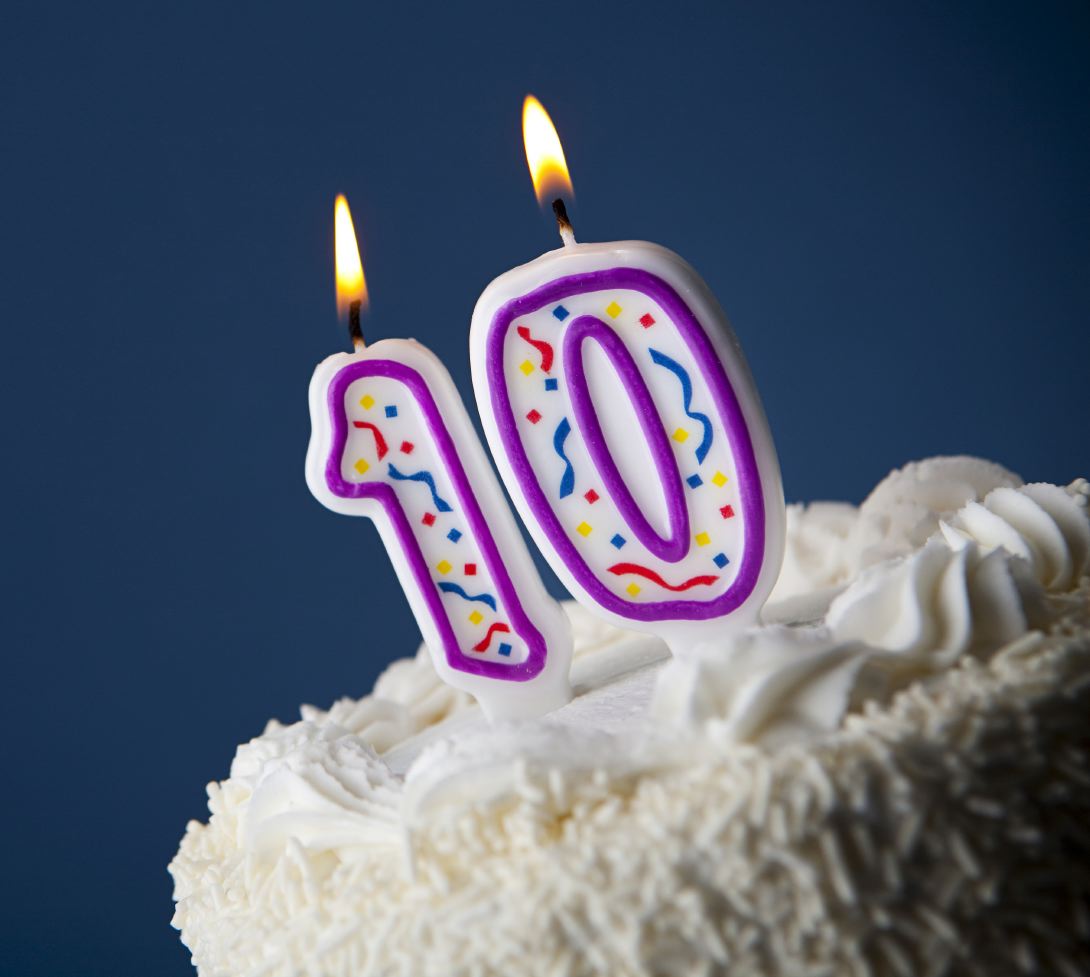 Time flies, they say, when you’re having fun… well, it’s already been 10 years since Mark Zuckerberg and associates came up with the revolutionary concept of Facebook.

At first, access was restricted to University campuses across the USA, but it soon became mainstream, morphing into a multibillion dollars company traded at the New York Stock Exchange and taking hold in the lives of over 1,28 billion users across the planet.

Here are ten facts and stats to consider at this point in time:

With an average of 270 friends sharing, posting, tagging, commenting and liking various stuff on a daily basis, not to mention brands pushing their information, contests and pictures alike, a user’s newsfeed is becoming an increasingly busy spot.

In fact, it’s now estimated there are over 1,500 stories or interactions happening at any given moment, which is why Facebook has a sophisticated algorithm in place (EdgeRank) to filter what it deems relevant for you. Not everyone is happy about EdgeRank, specially since only 16% of brand messages make it to fans’ newsfeed. And that was back in 2012!

Since December 2013, many more are seeing dramatic decreases in their posts’ organic reach. Organic reach with unpaid content will very soon be a thing of the past for brands who manage an active page on Facebook!

Having started on University ground, Facebook was once known as the social media of choice for young and trendy folks. This is no longer the case, with 13-25 year-olds flocking away to messaging apps and other mobile favorites such as Vine, WeChat, WhatsApp, Instagram, Line and Snapchat. 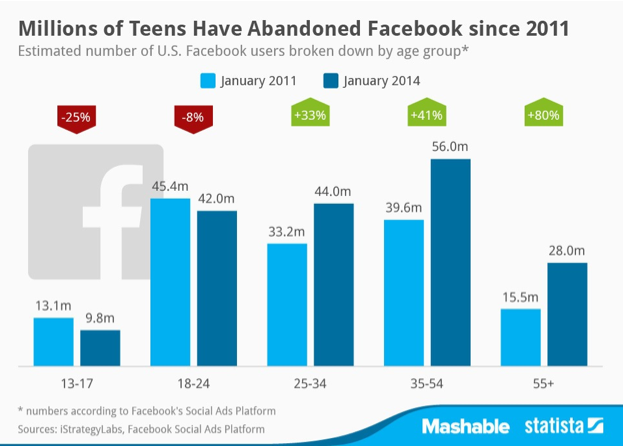 Notice that it’s not just teenagers but also young adults, in the 18-24 year-old demographic who are starting to flee, which could make for some concerns for brands targeting these audiences via social media and Facebook in particular.

Yet, when looking at the chart shown above, there is also good news. Truth is, Facebook is becoming a mature platform but it’s still growing, in particular with older demographics. In fact, its oldest member, Edythe Kirchmaier, is 106 years old and has over 46,000 friends! 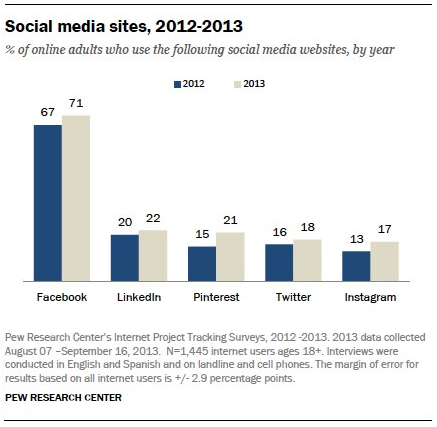 Many employers still block Facebook access on company computers and networks, fearing loss of productivity with employees spending too much time playing Candy Crush or commenting on family or friends recent vacation pictures! Why? Nearly 60% of Facebook users are active every day and spend on average 20 minutes on the site!

In fact, do you have any idea how much time you’ve spent since you opened an account on Facebook? Try out this neat tool that will tell you more or less exactly… (click here)

Another milestone was apparently reached recently, with 1 billion users now accessing Facebook through a mobile device, representing over 78% of its user base. In fact, one user in six, or 16%, actually access Facebook via mobile only. Did you know that the Facebook application is the most downloaded mobile app worldwide for both Android and iOS devices?

The mobile experience has been getting better but remains incomplete when compared to the desktop version. Mobile is certainly a key focus for Facebook and it will be interesting to see developments on this front in coming weeks and months. In fact, some experts think mobile will make or break Facebook’s future…

According to Adobe’s most recent social intelligence report, Facebook is still the king for social referred traffic but is slowly losing ground to other social media, in particular Twitter and Pinterest.

So while brands are finding it more difficult to manage a dynamic presence on Facebook, it remains the key player for generating online traffic in most instances.

With so many pictures being shared on a daily basis, it’s no wonder Facebook recently decided to crack down on memes and prioritize text links leading to articles, in particular from known mainstream media.

Nevertheless, brands ought to embrace photos if they have not already, as posts with images produce a 650% higher engagement rate than regular text posts (Adobe Digital Index, Q4 2013).

Facebook keeps changing things around, and has many projects brewing at the same time, some of which will never see the light of day. Have you noticed these recent changes or evolution?

Graph Search: I know of many folks who still don’t have this feature on their page. It was supposed to revolutionize online search as we know it. What gives?

Ratings: Noticed how hotels, spas and restaurants now have a 1 to 5 stars rating showing on their page? It’s not quite clear how this is supposed to be managed, or where this is supposed to lead. Competition to Yelp, possible partnership with TripAdvisor, perhaps both? Or neither?

Trending: Many of us have starting seeing the “Trending” feature in our newsfeed – again, only the desktop version, not mobile. Will this make a dent into Twitter or simply flop like the integration of hashtags within posts?

Sure, Facebook is not allowed in China and there are a few places where it does not dominate (yet), but hey: it is number one in 127 out of 137 listed countries on the World Map of social networks! Thus it truly has become a global and pervasive brand, weaving its way into our daily routine. 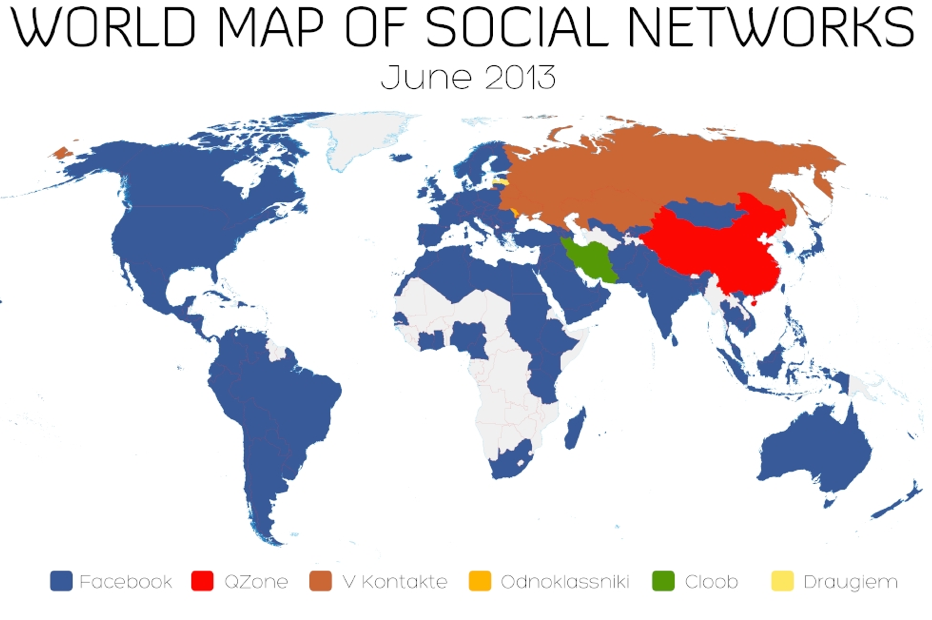 Facebook has acquired companies and/or applications through the years, yet few ended up in significant end-user changes. Anybody remembers Gowalla? Instagram was certainly the most publicized acquisition back in 2012, and while it seemed like a pricey tab to pay back then at $1 billion, with only 25 million users, Instagram now boasts over 140 million users sharing over 55 million pictures per day! Smart move, after all.

Facebook offered $3 billion to purchase Snapchat last December, apparently twice rather than once, without success. What can we expect to see in 2014 and beyond in terms of merger or acquisition involving Facebook? Status quo is not an option in this fast-moving environment. Time will tell how Facebook manages to strive in the next ten years. Do you think Facebook will be around in 2024?

« Rarely have I worked with someone with such an unwavering work ethic. Frederic is curious and always looking for newer, better ways of doing things. It would be hard to find someone with more passion for the travel & tourism industry. Frederic has seen if from pretty much every angle. »
Jean-Sebastien Monty
President & Partner
U92
« Frederic was the Co-Chair of EyeforTravel’s Online Marketing Strategies for Travel Summit in Miami. His knowledge and passion for the travel industry made him an obvious choice. After going the extra mile to deliver a breakout session of his own, Frederic more than exceeded our expectations. »
Brian Smith
Global Events Director
Eye for travel
« Frederic was an excellent speaker and was able to provide our delegates with useful information about how to manage TripAdvisor and working with OTAs. »
Kieu MacLellan
Industry Partnerships & Marketing, Nova Scotia Tourism Association
« Frederic is a very result oriented individual. His drive to succeed sets him apart. He will always go the extra mile and his proactive approach gives him the edge everyone is looking for. Frederic is always well informed on current events and sees the impacts on the business, which are afterwards translated into a detailed actionable plan. »
Marc-Andre Nobert
Business Manager
Fido
« Frederic spoke at our RSAA Summit in Feb. 2013 and did an excellent job. His presentation was outstanding and our members learned a lot from him. I recommend him highly. »
Matt Grayson
Executive Director, Receptive Services Association of America
RSA of America