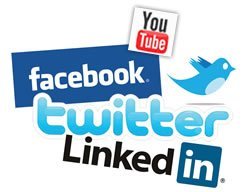 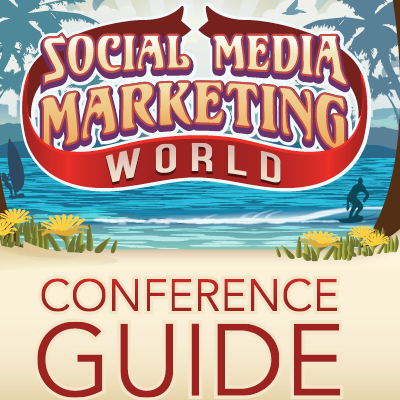 It echoed what I strongly believe and what I tend to recommend during my consulting with clients in the travel and hospitality industry. In essence, social media are an important part of the digital channels an organization needs to embrace, but they are mere “outposts” in your communication mix, part of a bigger, four-step approach which can be summarized as follows:

Home base is perhaps the most important place to focus and invest in, yet, many of us tend to stray away towards the shiny new toys, in particular within the social media universe (Vine, anyone?). In other words, ensure you have the basics right before moving on to social media, or said otherwise: make sure you excel at 1.0 before you focus on web 2.0!

Thus, how recent and optimized is your web site? Is it transactional? Mobile optimized? Have you measured conversation rates, or other aspect of the sales funnel recently? Having a landing page that shows social proof, for example seeing friends who “like” the page, give a more human side to corporate sites.

As we have entered an era where content marketing is the new advertising, brands now need to think and act as publishers. Coca Cola or Red Bull are two companies often referred to as great examples of brands who do this well, managing their owned media to cater to wider audiences, thus reducing their reliance to more traditional, paid media.

Being a media empire means going beyond the web site to churn quality content on your own blog, using videos or photos to convey your message, publish ebooks, produce a podcast or get speaking engagements. But perhaps the most important element is the one many of us tend to dismiss as an antiquated tactic: email.

As Chris made clear, brands need to work on their home base and above all, strive to build a strong email list in order to foster quality relationship marketing tactics. So much so, in fact, that Chris made this startling revelation: he gets 10 times more revenues from his email list than from all his social media activities combined. Impressive, considering he admitted to having an email list of maybe 20,000 names, while he’s known to have fans and followers in the hundreds of thousands!

Social platforms are an important part of the digital channels communications, as we can now choose through numerous established ones: Facebook, Linkedin, Twitter, not to mention industry-specific outposts such as TripAdvisor.

Then we have up-and-coming ones, such as “Pinstagram” as Brogan dubbed the photo-sharing darlings Pinterest and Instagram, Google+, not to mention digital native applications like Foursquare, for example. But do we use these outpost to “sell”? More often than not, the answer is negative. In most cases, brands strive (or should) to bring online users to their home base, either through their media empire or communication outposts outlined above.

This echoes the finding from the TEXT100 research conducted in November 2012, illustrating how social media plays a key role in the travel decision influence process across the globe, as well as during the travel experience period, but not necessarily at the booking stage.

So, to answer the question raised in the title of this post: social media doesn’t sell, if you strictly consider the booking aspect and direct conversion rates on your site. But that’s not to say it does not have a considerable impact on your business: from e-reputation to customer service, marketing or recruiting, the list could go on and on…

That is precisely what Brogan touched upon in the last part of this keynote, addressing the fact that different companies will use different programs to achieve their objectives, through the “home base – media empire – outposts” trilogy. Programs include but are not limited to: lead generation, content marketing, community engagement, sales, etc. For your business, it may include human resources (recruiting), public affairs, research & development, and so on.

Yes, in some very specific instances, and for some brands in given industries, social media can be a serious driver for sales, in particular using direct call-to-action tactics such as coupons or Facebook offers, for example. But sales is only one of the seven business drivers of a social media strategy and should be taken as such when looking at digital channels as a whole.

« Frederic was the Co-Chair of EyeforTravel’s Online Marketing Strategies for Travel Summit in Miami. His knowledge and passion for the travel industry made him an obvious choice. After going the extra mile to deliver a breakout session of his own, Frederic more than exceeded our expectations. »
Brian Smith
Global Events Director
Eye for travel
« Frederic spoke at our RSAA Summit in Feb. 2013 and did an excellent job. His presentation was outstanding and our members learned a lot from him. I recommend him highly. »
Matt Grayson
Executive Director, Receptive Services Association of America
RSA of America
« Rarely have I worked with someone with such an unwavering work ethic. Frederic is curious and always looking for newer, better ways of doing things. It would be hard to find someone with more passion for the travel & tourism industry. Frederic has seen if from pretty much every angle. »
Jean-Sebastien Monty
President & Partner
U92
« Frederic is a very result oriented individual. His drive to succeed sets him apart. He will always go the extra mile and his proactive approach gives him the edge everyone is looking for. Frederic is always well informed on current events and sees the impacts on the business, which are afterwards translated into a detailed actionable plan. »
Marc-Andre Nobert
Business Manager
Fido
« Frederic was an excellent speaker and was able to provide our delegates with useful information about how to manage TripAdvisor and working with OTAs. »
Kieu MacLellan
Industry Partnerships & Marketing, Nova Scotia Tourism Association