Last week Facebook released an interesting infographic demonstrating clearly why every advertising and marketing expert ought to include its platform in present and future campaigns.

Jokes aside, there were a few insightful nuggets. Did you know for example that we now spend on average over 6:35 hours per month on Facebook? That’s about as much time as we spend on Google, Microsoft or Yahoo platforms… combined! Also, 543 million active users access Facebook via a mobile device, which represents 57% of its total user base.

Most strikingly, out of its total 955 million active users, 58% return daily! In other words, we spend lots of time on the platform, and we go there almost everyday.

The release of this infographic, in the midst of Facebook downhill slide on the stock market, is no coincidence. In fact, the data here teeters on the verge of smoke and mirrors, rather than demonstrating true “power of advertisement”. Since its business model depends heavily on advertising revenue, in particular in the challenging mobile environment, it’s no surprise to see Facebook pitch its benefits through this slick infographic.

Indeed, there have been cases of companies increasing their brand awareness, lead generation and even direct sales as part of their Facebook advertising strategy. But they seem to be few and far in-between… What has your experience been with Facebook advertising? Do you use it as a stand-alone tactic or as a complement to your content strategy? 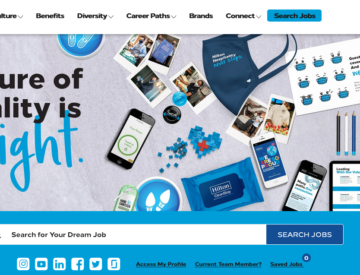 « Rarely have I worked with someone with such an unwavering work ethic. Frederic is curious and always looking for newer, better ways of doing things. It would be hard to find someone with more passion for the travel & tourism industry. Frederic has seen if from pretty much every angle. »
Jean-Sebastien Monty
President & Partner
U92
« Frederic spoke at our RSAA Summit in Feb. 2013 and did an excellent job. His presentation was outstanding and our members learned a lot from him. I recommend him highly. »
Matt Grayson
Executive Director, Receptive Services Association of America
RSA of America
« Frederic was an excellent speaker and was able to provide our delegates with useful information about how to manage TripAdvisor and working with OTAs. »
Kieu MacLellan
Industry Partnerships & Marketing, Nova Scotia Tourism Association
« Frederic was the Co-Chair of EyeforTravel’s Online Marketing Strategies for Travel Summit in Miami. His knowledge and passion for the travel industry made him an obvious choice. After going the extra mile to deliver a breakout session of his own, Frederic more than exceeded our expectations. »
Brian Smith
Global Events Director
Eye for travel
« Frederic is a very result oriented individual. His drive to succeed sets him apart. He will always go the extra mile and his proactive approach gives him the edge everyone is looking for. Frederic is always well informed on current events and sees the impacts on the business, which are afterwards translated into a detailed actionable plan. »
Marc-Andre Nobert
Business Manager
Fido