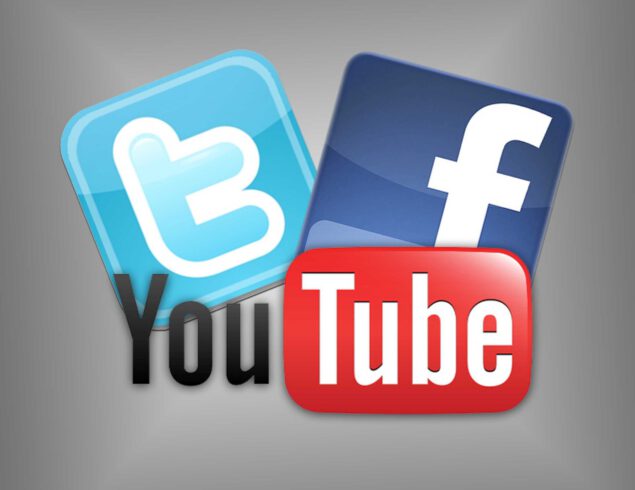 I don’t know about you, but it sure seems tough to stay ahead of the curve when it comes to social media! Just when you think or feel you’ve found your comfort zone with Linkedin or Facebook, their platform changes substantially and the mobile application moves on to version 6.9.2 or whatever…

So how does one master the tools in order to better embrace their potential both at a personal and professional level?

“The only constant in life is change itself” – Heraclitus, Greek Philisopher, 475 BC.

Now, I make a living giving keynotes, in-house training and consulting with various firms in the hospitality industry on the topics of new technologies, social media and mobile.

We seek out strategies and tactics for brands, discuss content approaches that often include blogs and social networks, measure efforts, and so on. And more often than not, I get requests to specifically help with the understanding of how a given platform works and how a brand can better use it for various purposes: lead generation, awareness, engagement with fans or loyal customers, customer service, etc.

Alas, the frustration I have to live with is that whatever training material I prepare to go over Facebook, for example, I know I will have to work on it again and change a few slides from one week to the next! That’s how fast things change in this world…

I’m not complaining, since I am passionate about the possibilities and how communications are evolving in this realm, but I can certainly feel for those who do not make a living out of social media and feel overwhelmed by its sheer magnitude and pace of change.

So, why this sudden cry from the heart? Well, there are a few things. For one thing, most social networks will announce major changes during a press conference to get stockholders all excited, but these changes can take up to a few months before really hitting the marketplace.

Facebook is the posterchild for this strategy, but Linkedin has also rolled out some new features in specific markets, or to segmented users, before rolling out to its entire base.

While this makes sense from a product/service launch standpoint, ensuring tweaks and adjustments before hitting the mainstream, it makes it challenging, to put it mildly, when training or speaking about said platform to an audience! 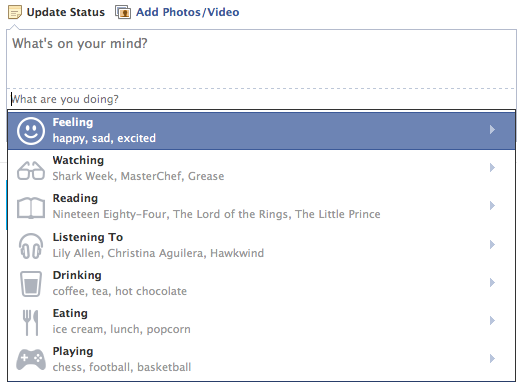 Many Facebook features launched in the past weeks and months have yet to be rolled out across all users and languages.

For example, I have many friends who do not yet have Graph Search, nor the revamped, one-column Timeline.

Same goes regarding the emoticons one can add to a status, or descriptions that go beyond the “like” and now include reading, watching, playing, etc. And I am not even going to start on hashtags, revised page analytics, embedded posts on websites or other paid features that keep changing.

From Graph Search to Story Bump

Thus, it makes for uneven experiences between users but you can imagine it makes it even more challenging when speaking to an audience where half the users can’t follow because they simply don’t have the same features. Not to mention how the mobile experience is still not up to par with the desktop version, even though the improvements keep coming.

All of this, however, is small potatoes when Facebook decides to finally overhaul its infamous Edgerank algorithm. Not that it’s a bad thing, mind you!

Did you know posts made by brands only reach 16% of their fan base on average, while this average sits at 12% on average for inviduals like you and me? Fortunately, Facebook announced on August 6th two new features that are sure to rock your boat, if you are an avid user or marketer: Story Bump and Last Actor.

Story Bumping will now allow engaging posts you haven’t seen to be bumped up to the top of News Feed later in the day, thus increasing the odds of you seeing it and interacting with its content: like, comment or share.

Tweaking the algorithm for better results

As for Last Actor, it will take into account the last 50 engagements a user has performed, giving those users a slight bump up in News Feed ranking. So if you have liked or commented on posts from a co-worker or member of your family, Facebook will push those posts higher up your newsfeed.

Both initiatives are meant to give you more of what you are supposed to want, based on your recent behavior and interactions on Facebook. (For more on recent Facebook changes, click here)

Not to be outdone, Linkedin seems to also have gotten into a spiral of changes lately, most of them for the better, I must say. Except for those dorky “endorsements”, which I firmly believe were and remain a mistake in the overall approach of this remarkable, professional network.

The way Linkedin has evolved in the past year is akin to a race car that shifts from first to fifth gear without bothering to go through the in-between steps. In this case, it was done rather flawlessly. Some of the cool, newer features include:

Most recently, Linkedin also announced new features for company pages, making them even more robust and appealing to use, in particular with new analytics to track progress.

Of course, most people in the social media echo chamber are aware of these changes and modifications that have been taken place over the course of many months.

But to the occasional user, which forms a vast majority among the 234 million users, it’s enough to make the experience quite different from one time to the next. And it’s enough for some to feel overwhelmed and let go completely.

At the end of the day, though, it still boils down to bringing it back to basics: what’s your strategy, how are these tools helping you achieve your personal or professional goals or, if you are brand, how are they helping achieving the objectives you had to begin with?

And if you don’t know where to start to keep up with the various changes, I suggest you subscribe to this blog, follow me on your preferred social media account, and attend some of the numerous webinars or live conferences that cover the “how-to” for most social networks.

More importantly, you’ll need to get your hands dirty and get active on any given social media in order to better understand it, as there is only so much theory one can grasp until it becomes abstract…

With social media, just like in life in general, change is the only constant. Some will deny it, others will resist it. I say: might as well embrace it!

« Frederic spoke at our RSAA Summit in Feb. 2013 and did an excellent job. His presentation was outstanding and our members learned a lot from him. I recommend him highly. »
Matt Grayson
Executive Director, Receptive Services Association of America
RSA of America
« Frederic is a very result oriented individual. His drive to succeed sets him apart. He will always go the extra mile and his proactive approach gives him the edge everyone is looking for. Frederic is always well informed on current events and sees the impacts on the business, which are afterwards translated into a detailed actionable plan. »
Marc-Andre Nobert
Business Manager
Fido
« Frederic was an excellent speaker and was able to provide our delegates with useful information about how to manage TripAdvisor and working with OTAs. »
Kieu MacLellan
Industry Partnerships & Marketing, Nova Scotia Tourism Association
« Frederic was the Co-Chair of EyeforTravel’s Online Marketing Strategies for Travel Summit in Miami. His knowledge and passion for the travel industry made him an obvious choice. After going the extra mile to deliver a breakout session of his own, Frederic more than exceeded our expectations. »
Brian Smith
Global Events Director
Eye for travel
« Rarely have I worked with someone with such an unwavering work ethic. Frederic is curious and always looking for newer, better ways of doing things. It would be hard to find someone with more passion for the travel & tourism industry. Frederic has seen if from pretty much every angle. »
Jean-Sebastien Monty
President & Partner
U92