When it comes down to effective storytelling, there are few marketing tactics as popular as video. Through images, sound and movement, videos appeal to a broad range of emotions. It’s no wonder travel brands, in particular destinations, resorts and accommodations, bank on this media to attract potential travelers, drive awareness and promote benefits for unique experiences.

After all, memorable moments are the main currency in tourism, so it makes sense to showcase the possibilities with impactful video productions, be it professional or through user-generated content. And while YouTube has been the reigning social media champion for video watching, its dominance is under severe threat ever since Facebook decided to move into this sphere, less than two years ago. 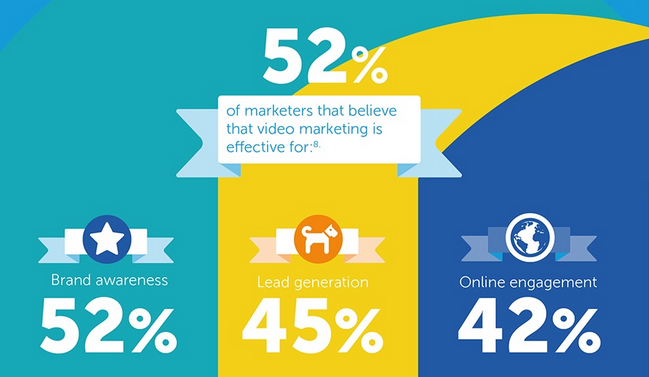 In fact, according to InsideCXM, marketers believe that top 3 reasons why video marketing is most effective is when it comes to building brand awareness (52%), generating leads (45%) and getting online engagement (42%).

A year ago, I wrote Videos on Facebook: Get In While They’re Hot! about how Facebook videos were the hot new rage, and that all signs were pointing towards a head-to-head clash with YouTube. Earlier in 2015, Facebook published data stating there were now 4 billion video views per day on its platform, while YouTube had 8 billion.

Less than six months later, when its Q3 results were announced, Facebook had doubled its performance and was now boasting 8 billion views per day, just like YouTube. That’s right: there are now as many daily video views on Facebook as on YouTube!

Before we get too excited, there is one important caveat: how a video view is measured. On Facebook, a video is considered viewed after 3 seconds, while it takes 30 seconds to be deemed viewed on YouTube. This is a big caveat, specially knowing that 78% of videos watched on Facebook are in auto-play mode.

Many videos are never seen…

Thus, there are many videos that may go considered as viewed even if they simply were displayed in a user’s newsfeed during 3 seconds, sometimes the duration of a slow scroll-down watching something else…

Having said that, there are other stats to contemplate in order to realize how there is still a huge land grab potential here for brands active on social media, and on Facebook in particular.

According to a study published by Locowise during the summer of 2015, looking at more than 1,000 Facebook Pages with over 291 million page likes:

Takeaway: There are still far too little companies taking advantage of video marketing on Facebook. But if you do upload videos, the shorter the better in order to reach your target audience. Is it worth investing in paid views to get more reach? In most cases yes, but pay attention to your page metrics to ensure you are getting as many completed views as possible.

But Producing Videos Is Expensive, Right?

One of the excuses many organizations don’t publish videos more often is due to the production costs, which have traditionally been among the most expensive, compared to editorial content (words) or images.

Yet, in recent years, and in particular with the high adoption rates of mobile and various apps, there are countless ways to produce low-cost, high-quality video content. Even Facebook suggests producing slideshows as video ads on its platform!

Be cautious of Freebooting, though. Facebook is known to be much more lenient with video content than YouTube, generating quite a bit of discontent across the blogosphere and content producers around the world. Not familiar with Freebooting? Just check out the video below, which explains it all much better than I ever could.

So where does that leave you and your Page when it comes to marketing on Facebook in 2016? Well, you can expect more video features to be released throughout the year. Here are two in particular I find worthy of mention:

A direct blow at competitor services such as Periscope and Meerkat, Live will allow Pages and celebrity users to broadcast live and generate conversations in real-time with a larger audience than ever.

Presently available with a select few accounts as “Mentions”, this function started being rolled out progressively during last Fall. Here are few ways brand can make use of this new feature:

iPhone users can already upload 7-seconds videos for their profile photo, a feature that should be rolled out progressively to all users, not just on mobile but also on desktop and across all devices. Here is a video that explains this well.

If you are thinking video is perhaps just a passing fad, think again. According to Hubspot, we can expect to see even more video content across most communication outposts, in fact reaching 79% of consumer internet traffic by 2018! 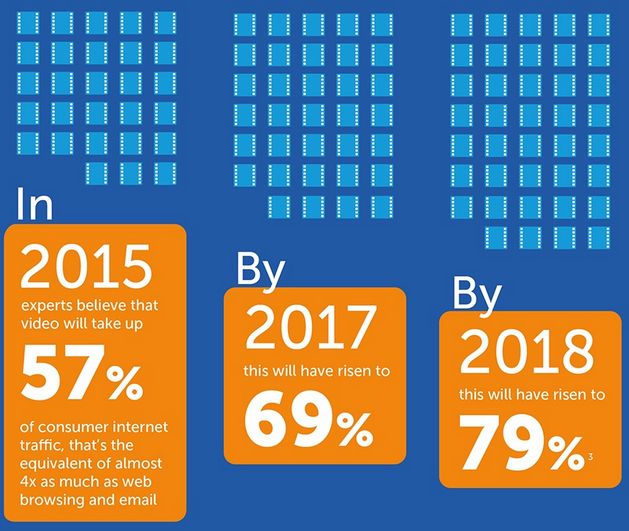 So, will you be investing more into video marketing in 2016 and coming years?

« Frederic was an excellent speaker and was able to provide our delegates with useful information about how to manage TripAdvisor and working with OTAs. »
Kieu MacLellan
Industry Partnerships & Marketing, Nova Scotia Tourism Association
« Frederic is a very result oriented individual. His drive to succeed sets him apart. He will always go the extra mile and his proactive approach gives him the edge everyone is looking for. Frederic is always well informed on current events and sees the impacts on the business, which are afterwards translated into a detailed actionable plan. »
Marc-Andre Nobert
Business Manager
Fido
« Rarely have I worked with someone with such an unwavering work ethic. Frederic is curious and always looking for newer, better ways of doing things. It would be hard to find someone with more passion for the travel & tourism industry. Frederic has seen if from pretty much every angle. »
Jean-Sebastien Monty
President & Partner
U92
« Frederic was the Co-Chair of EyeforTravel’s Online Marketing Strategies for Travel Summit in Miami. His knowledge and passion for the travel industry made him an obvious choice. After going the extra mile to deliver a breakout session of his own, Frederic more than exceeded our expectations. »
Brian Smith
Global Events Director
Eye for travel
« Frederic spoke at our RSAA Summit in Feb. 2013 and did an excellent job. His presentation was outstanding and our members learned a lot from him. I recommend him highly. »
Matt Grayson
Executive Director, Receptive Services Association of America
RSA of America