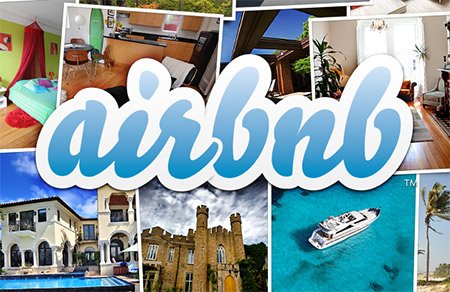 To most people in the general public, AirBnB is the poster child of the sharing economy. It started with a simple concept, nearly six years ago in 2008 : invite people over to your house or apartment, charge a minimal fee for a spare couch, a guest room and sometimes even the whole flat.

Connecting property owners and managers directly with customers is at the heart of the sharing economy, also referred by some as peer-to-peer (P2P), or collaborative economy. Today, AirBnB showcases more than 600,000 listed properties across 34,000 cities in 192 countries worldwide.

According to a recent Wall Street Journal report, the company is now valued at $10 billion, which would put it ahead of landmark companies such as Accor, Hyatt, Wyndham and even Intercontinental Hotels!

Yet, while it’s often mentioned in the news, there are plenty of other serious competitors in the sharing economy field focusing on accommodation: Wimdu, Roomorama, HouseTrip, HomeExchange, CouchSurfing or VRBO, to name but a few. HomeAway is even said to be more profitable.

So what makes AirBnB so special and why is it poised to become the next powerhouse in travel marketing?

In the past two years, there have been many cases of destinations and cities raising up concerns around the sharing economy disrupting many aspects of the traditional hospitality model. While disruption can be a good thing, in particular when tapping into new customer needs and behaviors, the travel industry is concerned about some specific elements of the AirBnB business model. Here are three often mentioned irritants:

In the province of Quebec, where I live, every transaction is subject to a provincial tax, and a federal tax. But when a transaction is done via AirBnB, taxes are not applied and it’s up to property owners to include it in the room price in order to comply with local authorities.

Most don’t bother, or turn a blind eye to this responsibility. Not to mention that many folks generate substantial revenues from these activities that fly under the radar of income taxes.

There was a highly publicized lawsuit in the State of New York in 2013 between local authorities and an AirBnB user, which is under appeal after both sides each won a legal round. Similar cases are happening in other places around the world.

Every state or province have their own regulations, so when you host someone in your apartment, it may be alright (assuming you are present, and you can prove it) while in other destinations you are required to have a lodging certification, along with fire and theft insurances, for example.

Then you have folks who rent out various properties on a regular basis, essentially running hotel-type services without complying with regulations or industry standards, thus competing head-on with the hospitality players who pay a variety of taxes and insurances.

In North America, and particularly in Canada, most destinations and visitors bureau (CVB) operate with a rather large portion of their marketing budgets coming from taxes charged by hotel members to their customers.

So when an increasing amount of the lodging starts coming from a parallel network, such as AirBnB, this doesn’t add a penny to the destination funds to market itself more dynamically. For more on this, read also: Why the Destination Marketing Organization Model is Broken

Of course, there are many advantages and benefits to a model such as AirBnB but my point here is that whenever the sharing economy is brought up in the media, in particular with flashy lawsuits in tow, hardly anyone ever mentions the other companies that provide similar services.

AirBnB reaps the benefits of awareness and buzz, which gives it de facto industry leadership, even though others have more listings or perhaps better user experience.

MOVING BEYOND ACCOMMODATIONS ONLY

Some folks still see AirBnB as a platform linking property owners or tenants with potential customers, allowing for some incremental revenue helping to pay monthly bills. While this poetic view may still hold true in various instances, there are many signs pointing towards AirBnB becoming a holistic travel brand, moving beyond accommodations in the near future.

Already, there are more and more hoteliers, inns and small B&B who choose to distribute their inventory through AirBnB simply because of the platform’s wider reach and conversion rates that surpass other, more conventional channels.

I recently booked a week in Orlando with my family in a two-bedroom condo through AirBnB, but there was no property owner or manager in sight: I was in a time-share complex, with a lobby and full-service resort-type amenities. Was it great way to travel experiencing it like a local? Not really. But it certainly was a money-saver overall, compared to traditional rooms or staying in Disney-owned hotels.

AirBnB recently filed for another funding round, to a reported value of $500 million. Among some of the interesting details found in the filing documents were the intention to grow the business into meetings and events.

This would make sense, after all: business travel is perhaps the most lucrative segment within the hospitality vertical, so why not tap into meeting space from a collaborative perspective, allowing for a broader variety of venues, not to mention cost-saving potential along the way.

Another beacon of the sharing economy is transportation, in particular car-sharing solutions such as ZipCar, RelayRide, BlaBlaCar or even taxi-like services such as Über, which are spreading fast across the globe. This excerpt from the AirBnB is quite telling:

So the next time you consider renting out someone’s apartment in Paris or Chicago through AirBnB, would it not make sense to enhance the package with that same person’s (or someone else’s) car for the week?

Visiting local attractions is one of the main reasons we often visit a destination, at least from a leisure perspective. So what if you could get all your information, reviews and even perhaps book online (on AirBnB) your guided tour or entry to that off-the-beaten-track local museum?

Up until now, the online travel agencies such as Expedia, Booking or Travelocity have been perceived as the key players set to dominate the travel distribution landscape. At one point, I even wondered How Google Plans to Dominate the Travel Sphere…

But what if the next powerhouse travel brand actually came from the sharing economy? Can AirBnB scale to a level where it becomes the de facto place to contract all things related to travel, from accommodations to transportation, including meeting space, places to eat and things to see and do at any given destination?