So last week, I had an interesting conversation with a friend of mine who manages her own small agency, Plik.co, specializing in influencer campaigns in Canada. She was just coming out of a contract involving a demanding client and less-than-more collaborating micro-influencers. I thought our conversation would make for an interesting article here, but first, let’s get some definitions right.

The Different Types Of Influencers

There are many ways to define influencers, but sadly we tend to revert to simplest variable accessible out there: reach. Or said differently, how many followers a person has across its social media presence.

I like to think you can essentially put influencers in one of the four following categories:

You will notice these categories are slightly different than the tiers defined by Business Insider Intelligence, above. Truth be told, these thresholds are not set in stone and how an influencer can be categorized will vary depending on the type of campaign. For example, a foodie or travel lifestyle blogger with 65k followers could be considered a micro influencer on a nation-wide campaign, but perhaps as a macro influencer in her native town of Dallas where that level of following is less common.

Nevertheless, take a good look at the arrows to the left and the right of the pyramid in the chart above. That pretty much sums it up when it comes to the pros and cons of working with smaller or bigger types of influencers. Because beyond follower counts, the more important variables at play are engagement rates, perception of authenticity, niche specificity and levels of professionalism. Which brings me back to that conversation, mentioned earlier.

Why Micro Influencers Are So Popular

There is a simple reason why micro influencers are all the rage nowadays, I believe. Simply put, it is because small and medium size compagnies are becoming more active with influencer marketing campaigns and feel they can set up campaigns by themselves. And since celebrities and macro influencers are usually represented by agencies, which obviously tends to increase costs of campaigns, this paves the way for the unchartered waters of micro influencers (and, to a lesser extent, nano influencers) without any form of middle-man in between.

And this is when things get ugly.

“Since celebrities and macro influencers are usually represented by agencies, this paves the way for the unchartered waters of micro influencers without any form of middle-man in between”

“Frederic, I think my client was not that happy with the campaign. In order to get to the final 4-5 influencers selected, we had pre-selected nano and micro influencers according to their requirements. Yet they refused more than 14 of them for a variety of reasons: didn’t like the tone or style, not enough followers, and so on. That’s fine, but we have to manage expectations”, said my friend Caroline.

I asked her how much time was put into managing this campaign. “Oh, you may not believe me, but we estimated about 8 hours of back and forth with the client at the beginning of the process. But the kicker was then dealing with the influencers: we estimated more than 32 hours, and have over 300 emails to prove it!”

So let’s get something clear, here. The above quotes come are from my friend Caroline, who runs an influencer marketing agency that also owns a repertoire of Canadian influencers. Her agency already has ongoing relationships with many influencers, have contracts in place, know how to negotiate and what to measure. Yet, it still took more than 40 hours to get the campaign running, and over 300 emails to act on or respond.

How much time and efforts do you think it would take a hotel, restaurant or attraction that doesn’t have in-house know-how for this kind of marketing tactic? And what are the costs associated with working with the wrong kind of influencers when you don’t know which one will deliver, and which one won’t?

The Need for Professionalism

Of course, smaller brands can conduct influencer marketing by themselves and far from me the intention of having you think all campaigns require dealing with an agency. We just need to be cautious about the potential pitfalls when dealing with influencers, specially nano and micro influencers with whom smaller brands will most likely work directly.

So why was it so hard to work on this campaign, I asked Caroline. “The biggest problem I am seeing”, she said “is that some of the micro-influencers don’t understand the business requirements or are overwhelmed by their recent influencer status. We’ve had to chase one mommy blogger over 8 times before we eventually received a simple answer. She was supposed to write up two articles, but we’re still waiting on the second one which was due over two months ago!”

“I wasn’t seeing these kinds of problems a year or two ago. But now it seems like many of these influencers are interested in the monetization aspect, without understanding the business requirements that come with it. In other words, there is a need to professionalize and there are still big discrepancies in the professionalism levels of micro-influencers”, she concluded.

Thus, there is still tremendous potential in working with micro-influencers, but travel brands ought to be conscious of the pros and cons of doing so directly versus dealing with a third-party that may not guarantee a perfect campaign but may take off a lot of the burden associated with the process while improving results and overall return on investment. 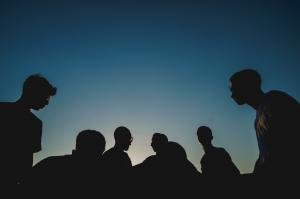 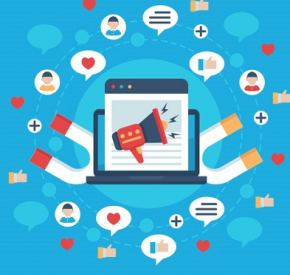 Influencer marketing is at a crossroads. For hotel marketers, there are good and bad stories out there. Here is some advice for influencers seeking deals!

« Frederic is a very result oriented individual. His drive to succeed sets him apart. He will always go the extra mile and his proactive approach gives him the edge everyone is looking for. Frederic is always well informed on current events and sees the impacts on the business, which are afterwards translated into a detailed actionable plan. »
Marc-Andre Nobert
Business Manager
Fido
« Rarely have I worked with someone with such an unwavering work ethic. Frederic is curious and always looking for newer, better ways of doing things. It would be hard to find someone with more passion for the travel & tourism industry. Frederic has seen if from pretty much every angle. »
Jean-Sebastien Monty
President & Partner
U92
« Frederic spoke at our RSAA Summit in Feb. 2013 and did an excellent job. His presentation was outstanding and our members learned a lot from him. I recommend him highly. »
Matt Grayson
Executive Director, Receptive Services Association of America
RSA of America
« Frederic was an excellent speaker and was able to provide our delegates with useful information about how to manage TripAdvisor and working with OTAs. »
Kieu MacLellan
Industry Partnerships & Marketing, Nova Scotia Tourism Association
« Frederic was the Co-Chair of EyeforTravel’s Online Marketing Strategies for Travel Summit in Miami. His knowledge and passion for the travel industry made him an obvious choice. After going the extra mile to deliver a breakout session of his own, Frederic more than exceeded our expectations. »
Brian Smith
Global Events Director
Eye for travel