The inspiration for this blog post came during this past Holiday Season, while visiting my family in the greater Montreal area. Like all times when we meet together, there was lots of great food, good wine and drinks while kids were running around with their cousins, niece and nephews. This time around, though, even more than on previous occasions, we noticed a change, a subtle shift in how everyone was consuming entertainment over the few days together.

Except for some college and NFL football playing on TV in the background, all the kids and teenagers (OK, adults too!) were plugged into their electronic devices at some point: laptop, smartphone, iPad, etc. As Bob Dylan used to sing: Times, they are a changin’…

Well, turns out this is not something specific to our family, and you can probably relate to it as well. According to a Microsoft “Family Technology Survey”, conducted in November 2011, 43% of families said electronic devices such as computers and tablets were what brought them together for quality time, versus only 21% for the TV. The third most popular technology for family togetherness were smartphones, with 16%, which is not surprising given that you hardly fit more than 1-2 person behind the small screen.

Now, the jury is still out there as to if electronic devices really foster togetherness, or rather if they divide families, sending individuals into their own world, to consume their own entertainment. Oddly enough, another survey of US women about wireless technology found that “almost 45% of surveyed women believed wireless devices helped the family spend more time together”, according to CTIA.

Truth is, younger generations just don’t consume entertainment like their parents used to. This generation divide is quite obvious from the chart above, and it’s only going to get more acute as technologies evolve. The best example? Check out this video of a toddler trying to figure out how to read a magazine, when she is actually used to playing around with an iPad. Classic!

Apple’s iPad was the #1 sought-after gift of this past Holidays, for a second year in a row, and tablets from other companies are hot on its tail. According to a recent survey by Staples, there will be 82,1 million tablet users in the US alone, by 2015. In the meantime, in the US 9 out of 10 consumers have a cell phone, with 44% of them owning a smartphone. In other words, this is not a fad but a lasting and growing trend, so we might as well get used to it and make the most of it. Not just as consumers, but as marketers as well.

So what do you think? Electronic devices promote togetherness, or divide families? Do you have examples you can share? 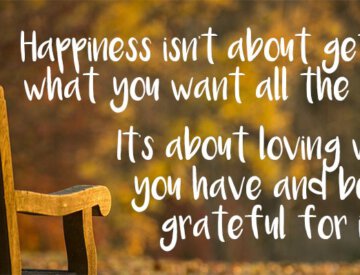 Time for a big reset

As I hit a big personal milestone, here are some reflexions about how this pandemic can help us move forward.

2015 was a record-breaking year on this site. In case you missed them (or if you want to read them again), here were the top-performing posts!

Here are the top 5 popular posts of 2014 and some insights into what to expect on this blog in 2015!

« Frederic is a very result oriented individual. His drive to succeed sets him apart. He will always go the extra mile and his proactive approach gives him the edge everyone is looking for. Frederic is always well informed on current events and sees the impacts on the business, which are afterwards translated into a detailed actionable plan. »
Marc-Andre Nobert
Business Manager
Fido
« Frederic was an excellent speaker and was able to provide our delegates with useful information about how to manage TripAdvisor and working with OTAs. »
Kieu MacLellan
Industry Partnerships & Marketing, Nova Scotia Tourism Association
« Frederic was the Co-Chair of EyeforTravel’s Online Marketing Strategies for Travel Summit in Miami. His knowledge and passion for the travel industry made him an obvious choice. After going the extra mile to deliver a breakout session of his own, Frederic more than exceeded our expectations. »
Brian Smith
Global Events Director
Eye for travel
« Frederic spoke at our RSAA Summit in Feb. 2013 and did an excellent job. His presentation was outstanding and our members learned a lot from him. I recommend him highly. »
Matt Grayson
Executive Director, Receptive Services Association of America
RSA of America
« Rarely have I worked with someone with such an unwavering work ethic. Frederic is curious and always looking for newer, better ways of doing things. It would be hard to find someone with more passion for the travel & tourism industry. Frederic has seen if from pretty much every angle. »
Jean-Sebastien Monty
President & Partner
U92